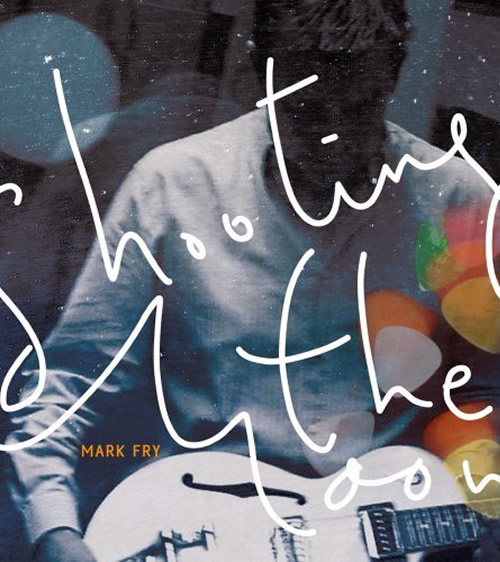 For many years my songs had been lying around in odd and insecure places. Bedroom gigs on fragile cassettes in shoe boxes. Forgotten 1970s reel-to-reel demos gathering dust under the stairs. Songs on the backs of envelopes, in the corners of my mind. When I started recording again, it was more for conservation than anything else, for fear that all those late nights with my guitar might get lost.

The production sound of Shooting The Moon is largely acoustic and unprocessed, with recording taking place both in my tiny cupboard-studio in Normandy, which I called the Magic Box, and in the beautiful acoustic room in the Fishmarket in London. As I tiptoed towards releasing a new album after more than thirty-five years away from the studio, I was tremendously helped by friends and musicians alike and especially by my co-producer Nick Russell-Pavier, an award-winning composer and radio producer (and bestselling author of The Great Train Robbery: Crime of the Century). Nick embraced my songs like long-lost friends and guided them through their final stages with love and care. Shooting The Moon would not have seen the light of day without his skill and patience. 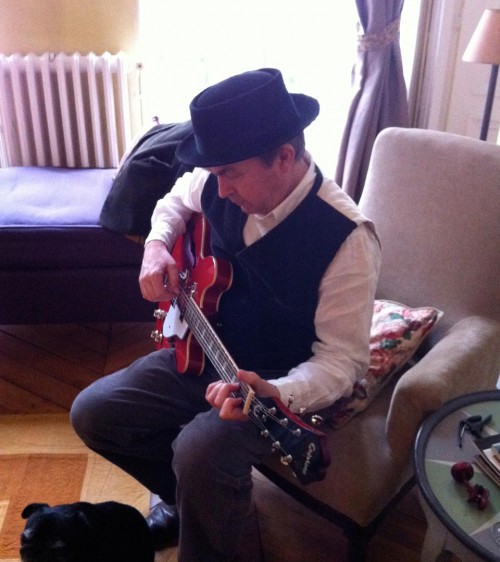 “Shooting The Moon looks forward to the next chapter in Mark Fry’s musical career and it is with open arms and enthusiastic praises that we welcome him back… Although it’s understandably quite different from the sleepy-eyed psychedelia of Dreaming with Alice it’s a laudable companion piece that highlights the maturation of this underappreciated artist… this is much more than the comeback of the year, it’s also an album I’ll be looking back on a year from now when I recall 2008’s finest releases” — Shindig!, 2008

“Fry has reappeared after 36 years working as a painter with a collection of 15 songs written throughout his absence… while the more supernatural elements of Fry’s earlier music have been replaced by wisdom-tinged romanticism, his tunes remain fresh and uncluttered. ‘Leave It To Me’ could even be a lighters-aloft anthem a la Purple Rain.” — Uncut, April 2008

“Shooting The Moon is a beautiful, tender collection, with Fry’s alluring vocals providing the most sublime focus. Fry sings in a relaxed manner that is both effortless and intimate, almost as if he’s just talking gently to you, recounting his tales. The arrangements have a stripped back feel to them, with Fry’s acoustic guitar predominant… A purring bass and gentle rhythmic percussion underpin throughout, all perfectly measured to present you with unreserved tranquility. My advice? Get hold of a copy of this album, pour yourself a large drink, turn down the lights and prepare to melt away under the spell of this exquisite creation.” — folking.com, April 2008

“Shooting The Moon is distinguished by a pared-back sound, a pleasingly elegiac mood that is sustained throughout, and a handful of top-drawer tunes, of which ‘Big Silver Jet’, ‘Leave It To Me’ and the title track are the standouts. Special mention, too, for William Gibbs’ subtle, genuinely soulful sax embellishments.” — Total Music Magazine, March 2008

“Shooting The Moon… is beautifully produced, with a sonorous, mellow tone which brings to mind later recordings by classy American singer-songwriters like David Crosby and James Taylor. There are hints of jazz and blues in the arrangements, but nothing to overpower the songs which mostly glow gently in their after-hours setting.” — Leicester Bangs, March 2008

“This album, while hardly a follow-up, reveals that Fry hasn’t lost his utterly unique and somewhat disquieting vision…  As with the rest of the instruments, Fry’s fingerstyle acoustic and electric guitar work is understated but fluid, particularly the warm, lushly overdubbed ‘You Make It Easy’… For fans of eerie singer-songwriters everywhere, from Nick Drake to David J or even Syd Barrett.” — Lucid Culture (US), March 2008

“Dreaming With Alice was a great album, no question, but was it good enough to warrant a new album from Fry in 2008? Shooting The Moon is proof that it did. Dreaming With Alice may be the lost psyche masterpiece you want people to see on your record shelf, but my guess is Shooting The Moon is the album you’re going to want in your stereo more often. Fans of mature, adult folk will be all over this album. Great album.” — Left Hip, February 2008

“A late night delight to be taken with heartache and whisky n’ ice.” — Subba-Cultcha, February 2008 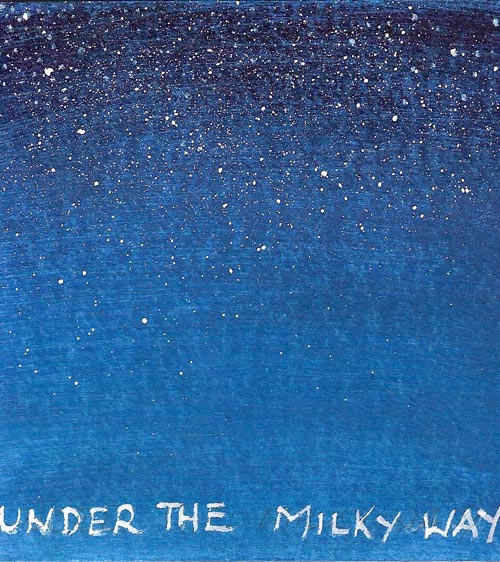